Want to measure your before and after results? Find new or gently used Slipmeters direct from SlipDoctors today!

Similar to the 825 but with an analog display. Great slipmeter with detailed readings. Get instant readings with this device to determine the COF levels on your floor. Call us to see if we have one in stock. 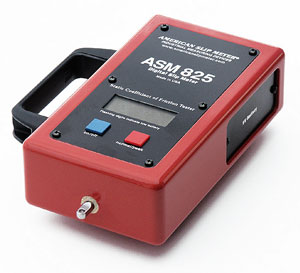 Same great floor meter just gently used. This sturdy digital gauge is designed for field use. Test wet or dry floors to instantly measure slipperiness the coefficient of friction. Limited quantity in stock. Call us to see if one is availiable.

The World's Most Compact and affordable Slipmeter! An everyday tool for monitoring floor safety and maintenance. Designed for portability and for field use. A simple test of the coefficient of friction level of your floors and walkways will provide valuable data about safety levels and ongoing maintenance. Recording of readings in the logbook provided are useful in defense of negligence litigation

Developed in the early 1990's by William English, The English XL is a device designed to measure pedestrian slip resistance. This device is small and portable and is powered by a gas burst instead of gravity, like the James Machine. The English XL is a Variable Incidence Tribometer or VIT. The variable incidence tribometer unit applies force to the flooring surface and attempts to recreate the force of a human foot contacting the floor. The test foot cylinder contacts the surface in a heel-first manner, similar to the human foot. The size of the test foot is also similar to the area of heel contact in human walking. 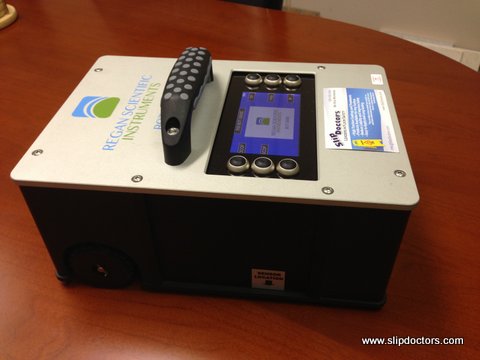 The new BOT-3000E has been redesigned for increased reliability and functionality. The BOT-3000 measures both Dynamic and Static Coefficient of Friction. Please contact us for additional information regarding this device.